No products in the cart.

Home Blog Your Guide to Caffeine

Your Guide to Caffeine

Caffeine operates by stimulating the central nervous system; this causes a temporary increase in alertness. This agent is now the most widely consumed legal psychoactive agent in the United States of America. The most common uses of caffeine are to increase mental alertness and combat fatigue, however there are great deals of other potential applications. For instance, caffeine can be used to fight both the physical and mental fatigue that comes with athletic training, used as a supplement in weight loss programs, and combined with analgesics in order to treat headaches. 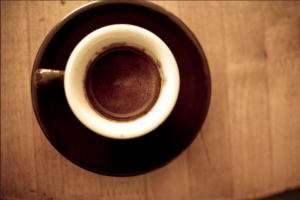 When ingested in moderation (the dose of about 2-3 cups of coffee throughout the day) caffeine is generally not harmful. However, certain individuals respond to the stimulant in different ways and may experience nervousness, heart palpations, and fatigue after consuming caffeine. Some people experience negative side effects after consuming half a cup of coffee whereas others can drink an entire pot of coffee throughout a single day without feeling any effects whatsoever. Make sure that you understand your tolerance to caffeine before you begin any sort of supplementation protocol.

Experts recommend that the people with the following conditions avoid caffeine altogether:

Additionally, caffeine may increase the risk of undesirable side effects when it is taken in conjunction with certain over the counter or prescription drugs. It is prudent to check with your physician if you are concerned about your caffeine consumption or the interaction that caffeine may have with certain medications that you are taking.

How Can Caffeine Be Useful as a Supplement?

Caffeine, firstly, may temporarily support lipolysis, the bodily process by which fat is broken down. It may also increase levels of thermogenesis, temporarily raising one’s metabolic rate and increasing calorie burning. It is important to note here that the effects of metabolism increases may be diminished in those individuals who consume large quantities of caffeine on a regular basis. Caffeine also works well with green tea. There have been great deals of studied benefits associated with green tea consumption. The catechin EGCG (found in green tea) works synergistically with caffeine in order to boost circulating levels of norepinephrine. Norepinephrine, in turn, stimulates the breakdown of stored fats and stored carbohydrates.

Research has shown that caffeine may delay the beginning of muscle fatigue, as it promotes the utilization of fat reserves (rather than glycogen) in the body for energy. This process is commonly referred to as glycogen sparing, which effectively describes the process by which minimizing glycogen level depletion can prevent the breakdown of muscle.

Caffeine supplementation increases blood flow from the heart to the rest of the body. The muscles of a trainee require a great deal of nutrient-rich blood during an intense weights session, so this increased blood flow is certainly beneficial. The ensuing adrenaline surge that follows caffeine ingestion further causes the release of extra glucose and oxygen into the muscles, allowing a trainee to push a workout to the absolute limits!

Evidently, when carefully supplemented into a sound diet and training program, caffeine has a great deal of potential to enhance both your performance and your physique!